Beginning with Ash Wednesday and culminating with Easter Sunday, Lent is a season of fasting, repentance, and renewal in our relationship with God as well as our relationships with others.

The past 12 months have been an unprecedented season for our nation and the world as we experienced a global pandemic, economic recession, and political turmoil. Our daily lives have long been defined by increased isolation, uncertainty, worry, and negative news

Even in the midst of a chaotic world, the Church offers a rich tradition of spiritual practices to enable our prayer, self-reflection, and renewal in our commitment to Jesus Christ. Below are a collection of resources and spiritual practices, both old and new, to help you during this Lenten season to find God at home.

Every year clergy, staff, and parishioners contribute writings for the Lenten Devotional Guide to accompany us as we walk through the season of Lent. Readings from the Lenten devotional will be made available daily on our website and our social media accounts throughout Lent. If you prefer to have a printed version mailed to you in advance, please contact Nancy Wellham.

We recommend the following websites and applications for a daily Prayer of Examen, Lectio Divina, other Ignatian Spiritual exercises:

Available on their website and an app for your phone, “Pray As You Go” features a daily guided reflection on Scripture with sacred music and prompts for prayer. They also have special guided retreat options to do at home.

A website and app with contemporary spiritual practices based on Ignatian spirituality, like the Prayer of Examen. Their website also features Lenten resources. “Reimagining Examen” is their app available on your phone which has simple daily reflections using the prayer or examen and is perfect for young people.

A daily podcast featuring Lectio Divina and reflections on Scripture.

Listen to the Podcast

An app for young people which features prayer prompts and reflection on Scripture.

Prayer in the Night: For Those Who Work or Watch or Weep

How can we trust God in the dark?

Framed around a nighttime prayer of Compline, Tish Harrison Warren, author of Liturgy of the Ordinary, explores themes of human vulnerability, suffering, and God’s seeming absence.

When she navigated a time of doubt and loss, the Compline prayer was grounding for her. 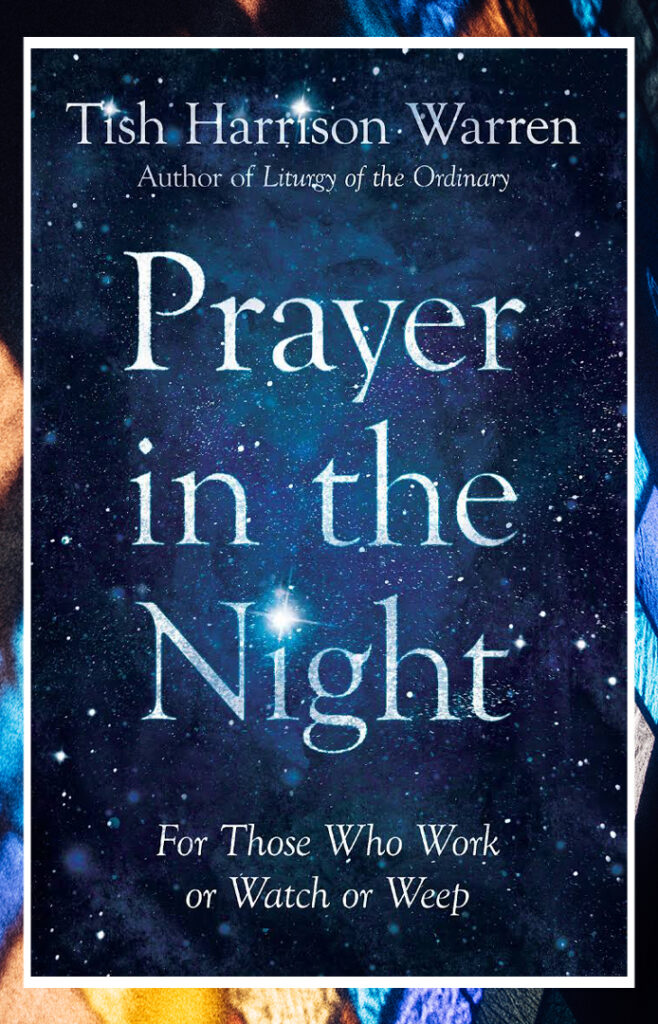 Anglican Prayer Beads blend  the Orthodox Jesus Prayer Rope and the Roman Catholic Rosary. The thirty-three bead design was created by the Rev. Lynn Bauman in the mid-1980s, through the prayerful exploration and discovery of a contemplative prayer group.

The use of the rosary or prayer beads helps to bring us into contemplative of meditative prayer—really thinking about and being mindful of praying, of being in the presence of God—by use of mind, body, and spirit. The touching of the fingers on each successive bead is an aid in keeping our mind from wandering, and the rhythm of the prayers leads us more readily into stillness.

The Anglican Rosary by Lynn C. Bauman | Published by Praxis

Holding Your Prayers in Your Hands by Kristin M. Elliott and Betty Kay Seibt | Published by Open Hands

Stations of the Cross:

The Stations of the Cross, which follow the path of Christ from his condemnation by Pontius Pilate’s to his entombment are a popular devotional practice in parishes during the Lenten season. In the 16th century, the pathway was officially entitled the “Via Dolrosa” (Sorrowful Way) or simply Way of the Cross or Stations of the Cross. These Stations may be either a series of pictures or images representing certain scenes in the Passion of Christ, each corresponding to a particular incident, or the special form of devotion connected with such representations. They may be of stone, wood, or metal, sculptured or carved, or they may be merely paintings or engravings. Some Stations are valuable works of art.

The series of stations are as follows:

The images of Christ’s Passion are usually placed at intervals around the walls of a church, though sometimes they are to be found outside, especially on roads leading to a church or shrine. You can find the Stations of the Cross along the walls of the Nave at St. Peter and St. Paul. However, this year since we cannot be in the church, we will have the Stations outside starting at the edge of the south parking lot near the pavilion and ending in the Memorial Garden near the statue of the Blessed Mother Mary. These outside stations will be wooden crosses placed on easily seen trees along the drive between the North and South parking lots.

This devotional practice of visiting and praying in front of each of the 14 stations and meditating on the Passion of Christ comes from the practice of early Christian pilgrims to Jerusalem who would retrace the final journey of Jesus Christ from the supposed location of Pilate’s house to Calvary. Tradition holds that Mary, the mother of Jesus, set up stone markers at her home outside Jerusalem to prayerfully retrace the steps of her son’s Passion, but the origin of the devotional practice in its present form is not clear. For the many who wanted to pass along the same route, but could not make the trip to Jerusalem, a practice developed that eventually took the form of the fourteen stations currently found in many churches.

The object of the Stations is to help the faithful to make in spirit, as it were, a pilgrimage to the chief scenes of Christ’s sufferings and death. It is carried out by passing from Station to Station, with certain prayers at each and meditating on the various incidents portrayed. Prayerful meditation through the Stations of the Cross may be done individually or in a group. Each station is commonly visited with some variation of the prayer “We adore you, O Christ, and we bless you. Because by your holy cross you have redeemed the world” and with a reading from a relevant passage of Scripture. When moving from one station to the next those participating in this devotional practice will chant, “Holy God, Holy and Mighty, Holy Immortal One, Have mercy upon us.”

View the Stations of the Cross Liturgy

There are many ways to describe a labyrinth. It is a path of prayer, a walking meditation, a crucible of change, a place of refreshment for the spirit and connection to God. The labyrinth is a spiritual tool that can help you find your way. The labyrinth is not a maze. There are no tricks to it and no dead ends. It has a single circuitous path that winds its way into the center. The person walking it uses the same path to return from the center and the entrance then becomes the exit. The path is in full view, which allows a person to be quiet and focus internally. There is no right way or wrong way to walk a labyrinth. Use the labyrinth in any way that meets your needs while being respectful of others who may also be walking. Generally, there are three stages to the walk: releasing on the way in, receiving in the center and returning when you follow the return path back out of the labyrinth. Symbolically, and sometimes actually, you are taking back out into the world that which you have received.

To prepare, you may want to sit and pray quietly before walking the labyrinth. Some people come with questions, others just to slow down and take time out from a busy life. Still others come to pray and seek a deeper connection to God. Many come during times of grief and loss. Whatever your reason for coming, be blessed on your walk. Click the link below for more information.

New to the Labyrinth?

The Labyrinth at Peter and Paul is open to all and is located on the driveway between the north and south parking lots, near the pavilion.

Listening for God at Home

Each Sunday evening, a group of men and women gather to consider and reflect on a scripture passage based on the very ancient Benedictine practice of Lectio Divina. We open with a prayer asking God to speak to us in the present moment through his Word and the silence of our meditations. We read the scripture aloud the first time focusing on what one word or phrase especially touches our heart. We meditate on that for several minutes and then there is a brief opportunity to share what stands out to us, individually. There is no need to share, resting in God’s presence is perfectly fine. The scripture is read a second time, this time focusing on our emotions, personal struggle or longing that God might be speaking into. We meditate on what we need to share with God in prayer for several minutes. Again, we share briefly what we are feeling and sharing with God. After the third reading, we focus our meditation on what God’s personal invitation might be and what He might be saying directly to each of us. We share briefly a third time and then close with a benediction based on a Celtic blessing or prayer that ties in with the chosen scripture. The entire meeting lasts only about 30 minutes. In the week that follows, our experience has been that we keep circling back to the meditation, reconsidering the reading and thinking about what others may have shared. We begin to truly see, hear, and feel what God is saying directly to each of us. This is an incredibly deep and wide and rich spiritual practice and experience.

If you are looking for a spiritual practice to take up during Lent, Listening for God at Home might be the exact thing you are seeking. Please call or email the church office to sign up.

In this “at home” season, many of us are taking a lot of walks. This Lent, integrate prayer into your journey and walk with God. Here are some practices for sacred walks:

For two or more people:

Confession and Rite of Reconciliation

“Reconciliation of a Penitent is the right in which those who repent of their sins may confess them to God in the presence of a priest and receive the assurance of pardon and the grace of absolution.”  The Book of Common Prayer, p. 859

The Episcopal tradition is full of many hidden treasures. And one treasure that is often overlooked and least understood is the discipline known as Reconciliation of a Penitent. Many may ask why do I need to tell God something that God already knows in the presence of another person? Or if I confess at every Sunday service why is a private confession necessary? 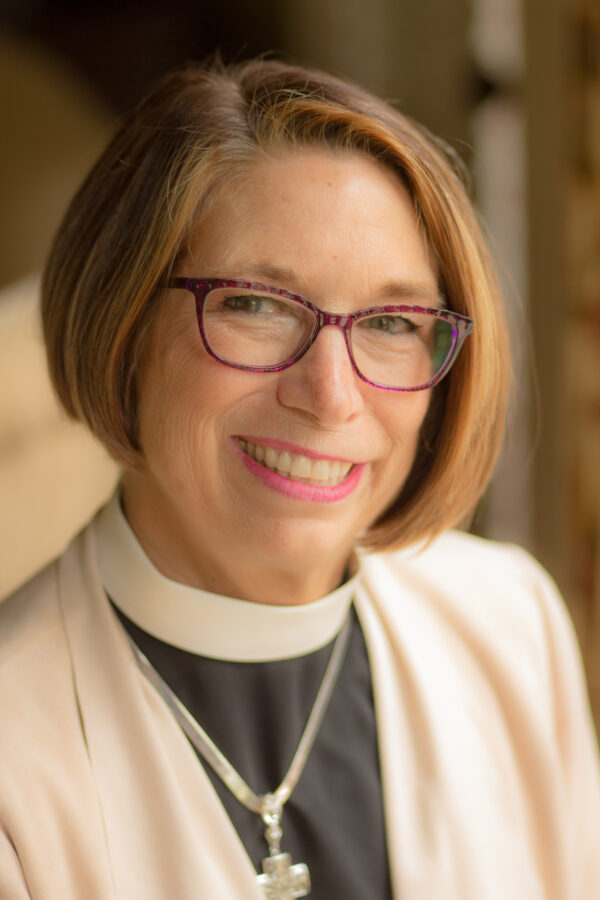 Join us this Sunday!

Register to worship with us in person: